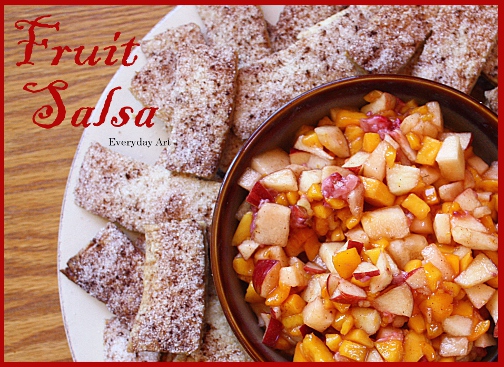 I'd like to say that I knew what I was doing for this, but in reality, I had 1 hour until I needed to be at a pot-luck summer BBQ with zero ideas in my head of what to do....
Sooo, I invented a Fruit Salsa. :) It turned out really tasty, but honestly the best part was that it tasted good even though I just threw in whatever fruit I had in the kitchen. I think if I planned to make it, I'd probably stress a lot over what to put in it. :) As is, it was what I had and it was great.
The best part was the yummy pie-crust cookies I made to eat it with. YUM-O! 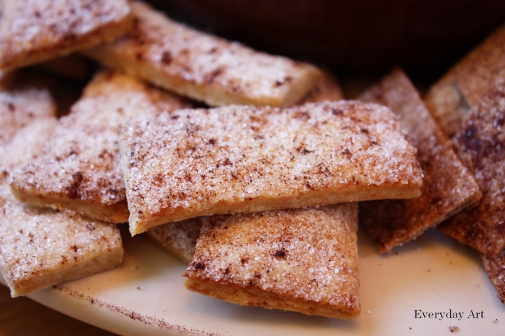 Here's what I did:
Salsa
Chop together:
2 apples
3 small mangoes
some honeydew melon
a few strawberries
Add a dash of cinnamon and yer done. :)
Pie-Crust Cookies
Make (or buy) some pie crust.
Roll it out, cut it into strips.
Put on a baking sheet.
Sprinkle with lots of sugar and cinnamon.
Bake until golden. 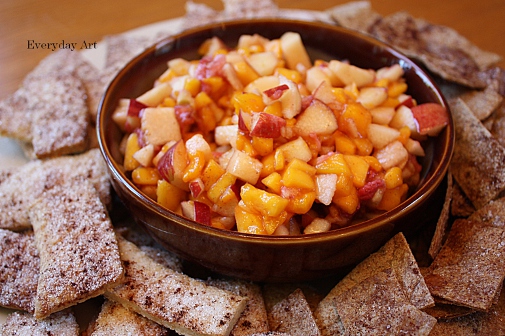 It really turned out yummy. I could go for some more right now.... And seriously, with that rather odd assortment of fruit, I think you could put whatever you wanted in it and it would turn out really good. I think the base recipe would be to use 2 chopped apples and then about the same amount or double of a particularly soft and sweet fruit like the mangoes or some berries. I'm getting hungry just thinking of it. :)
Anyway, enjoy!

Here's where we are linking up.
Email ThisBlogThis!Share to TwitterShare to FacebookShare to Pinterest