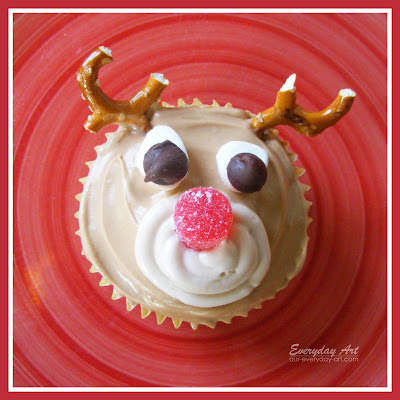 Cute AND yummy. What more could you want?
I had signed up to bring treat to our church Christmas party this year and just couldn't resist making something fun. Lucky for me they were easy too.
﻿ 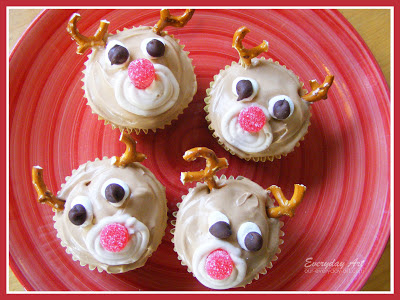 I just used a box cake mix, whipped up some cream cheese frosting, and added a few decorations.
Wha-la!
﻿ 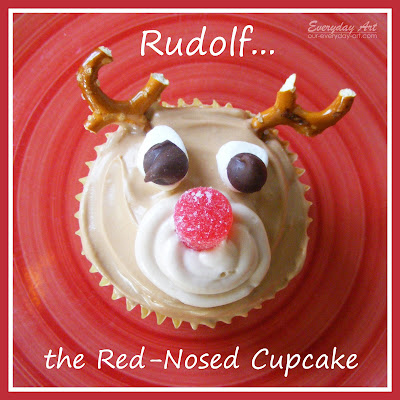 Actually, I put the frosting on and my 5 year old added the decorations (with a little supervision).
We used a small marshmallow cut in half for the eyes with a chocolate chip on each (stuck on with frosting). Than a gum drop nose and pretzel antlers.
(Actually I accidentatly bought SPICE drops instead of GUM drops and so the noses were cinnamon. Which had my son totally worried that all the kids would think they were too hot, and they would eat them and have to spit them out and no one would like his cupcakes. I tried to reassure him by telling him that they didn't have to eat the nose and could just pick it off, but even on the way in to the party he was telling me, "I'm not so sure about this Mom. Those noses.... ".
Oh, and his Rudolf had a yellow nose. After taste-testing all the colors he decided yellow would work best because it wasn't hot, but still looked shiney. Seriously,where did I get this kid.﻿