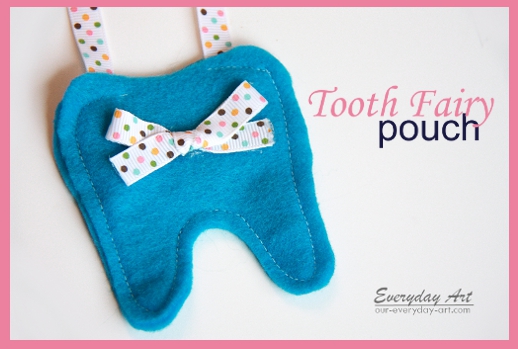 Crazy. Wasn't it only a few months ago that I had her? I could see her maybe being 3 1/2 years old or something, but NOT 5 1/2 . NOT kindergarten-going, gymnastics-loving, reading, TOOTH-LOSING old!
I just want to memorize all the good because it all seems so fleeting. I mean, not the good--that's here to stay (I hope), but just time itself. It goes by so fast. She's such a sweet girl. Babies are mighty fun and sweet, but I must say I am really enjoying her as she gets older. So fun to talk to and do things with. We played catch forever in the back yard today (actually, we played throw-the-ball-miss-it-pick-it-up-and-throw-it-back but she didn't care--we were having a great time). Anyway she's great, and she has lost her first tooth. Pulled it right out on the way home from school. :)

It was quite the debate about what we were going to put the tooth in. She couldn't decide if she wanted to put it in a regular envelope and decorate it up "all pretty" with her gel pens or for me to make her something, but in the end, when I described my idea, she was sold on the blue (her favorite color) tooth-shaped pouch. It was so easy too, and I really am not much of a sewer. If I can get my machine out and whip it up for the time it takes her and her little sister to watch 1 episode of Backyardigans, then let me tell ya, pretty much anyone could make this.

I sewed the ribbon right in between the two layers, and then it looked a little lacking so I hot-glued a bow to the front.

And because I was worried that the tooth would fall down the "roots" I hot-glued them shut. :) 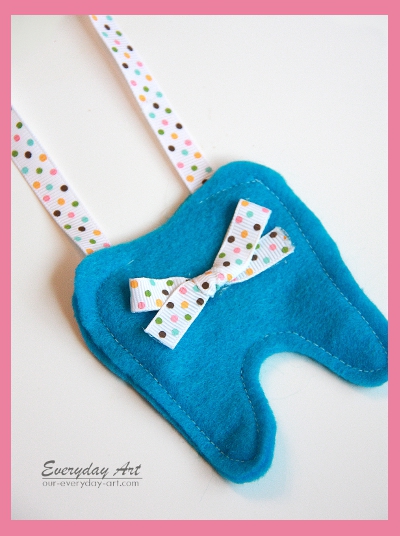 Also, my favorite was when her dad was tucking her in I hear her say, "tell mom not to come into my room tonight and give me a dollar bill, that way if when I wake up in the morning, and my tooth is gone, and I have a dollar or a coin or something, then I'll KNOW that the Tooth Fairy is real."
:) ha! what a cute kid.