As some of our regular followers know, I am on a dairy-free, egg-free diet right now due to allergy issues with my nursing baby. I've been on quite the quest to find baked goods that I like despite these restrictions because, frankly, life without baked goods is kind of lame!

I came up with a basic egg-free muffin recipe a few months back (also vegan). It's good, but variety is the spice of life, so I'm always trying out new things, and now that zucchini is on (and on and on and on because I always plant enough to feed a small army) I've been making these fantastic little muffins.

Love 'em! So, so yummy. The texture is everything a muffin should be. 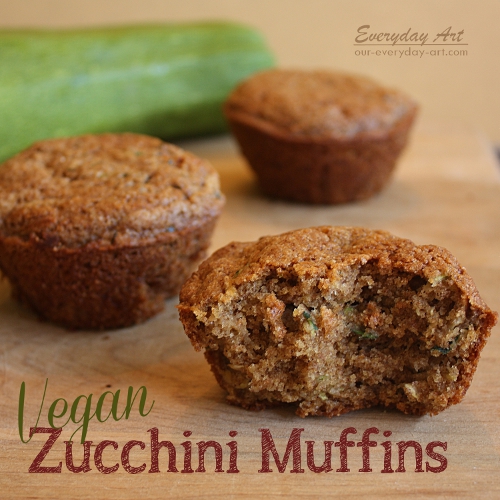 I even put the batter in a bread pan one time and made zucchini bread out of it, and it too was great. I love them, my hubby loves them, and the kids eat them like cupcakes.

So one day, when I was making my daughters butterfly birthday cake, thinking about how I won't be able to eat any of it, I decided to turn these great muffins into cupcakes. I whipped up a batch, tossed in some chocolate chips and some cocoa powder until it tasted chocolatey enough, and bam! I had vegan, whole-wheat, chocolate zucchini cupcakes! And they were so good! I promise. :) 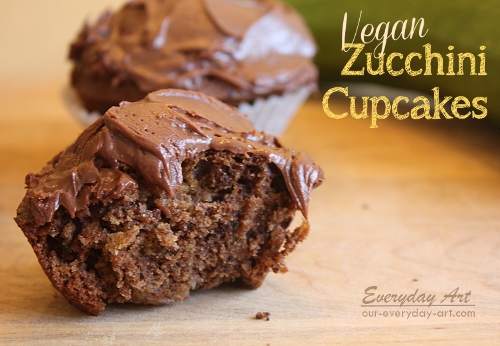 I've had a lot of people raise their eyebrows at me when I tell them about this recipe, and I agree--the words "vegan" and "whole-wheat" and "zucchini" should never be used to describe a cupcake. I mean, they seem mock the very essence of what a cupcake should be!
Well, so you would say until you tried these ones. :) They truly are fantastic. The zucchini makes them deliciously moist and the cinnamon tastes so good with the chocolate. No wonder I made them 4 times last month!

Even my younger brother, who by all accounts is not a vegan-eating, whole-wheat-loving, hide-your-vegetables-in-your-goodies kind of guy, even he said they were some of the best cupcakes he ever had! 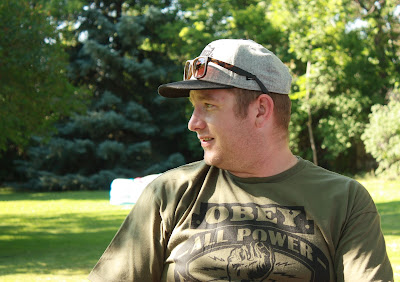 So, now you are all dying for the recipe, right? Just one recipe, enjoyed two ways. Here you go and have a great day. :)