A few years ago (although it only feels like a few months ago) I made a loaf of yummy cinnamon pull-apart bread.
I loved that bread! It was so good, but with all the other yummy things to bake, I haven't made it since. Such a shame. We decided it was time to eat it again, but this time I decided to add a twist and rather than make one large loaf, I made individual little helping by cooking it in a muffin tin. Cute and fun. And delicious.

And then, to make it extra decadent and delicious, I made a caramel sauce and poured it all over the top. Can't go wrong there. 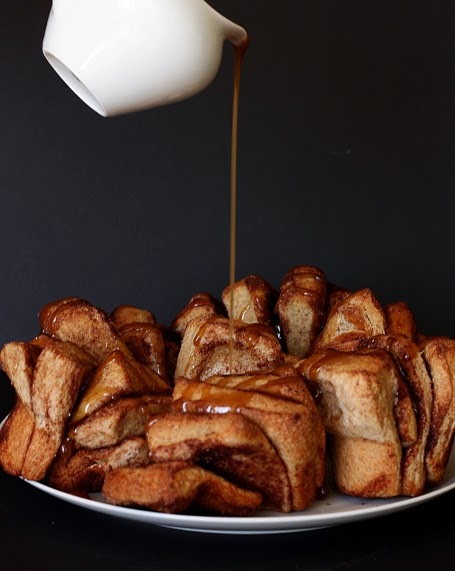 Messy and gooey, as are most good desserts. 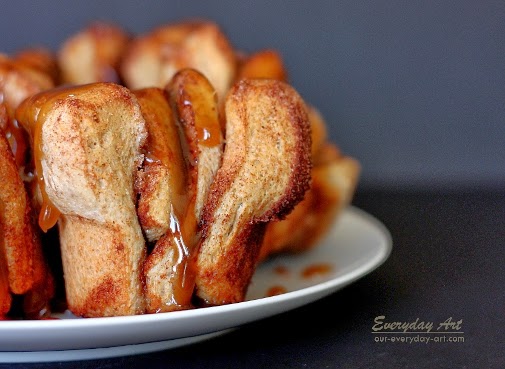 To make this fun pull apart bread (both the loaf-sized and the individual sized versions), you start out as you would cinnamon rolls. Roll your dough out, slather it with butter, cinnamon and sugar. 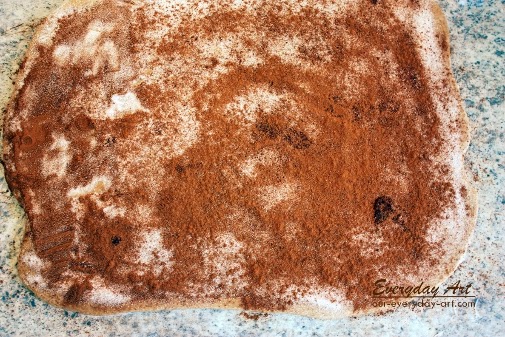 Now, rather than rolling it up like you would for cinnamon rolls, slice it into strips as shown here. 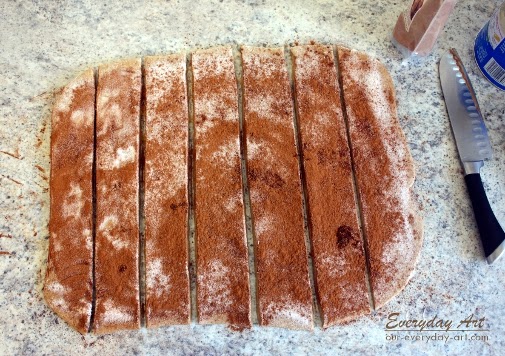 Then, stack the strips on top of each other as shown below. 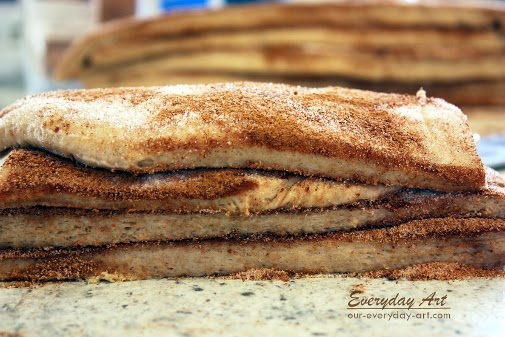 Slice it again and stack it inside of a loaf pan or into muffin cups. Neat is not the objective here. At least for me, I liked it looking a little pell-mell; it adds to the overall rustic-ness.

Bake and, if desired (or maybe I should say, "if time allows" because, really, who wouldn't desire theirs slathered in a caramel sauce?), poor caramel sauce over the top. 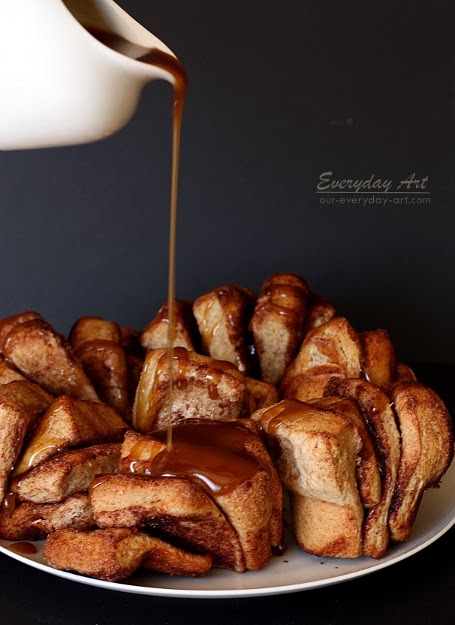 If you want an actual recipe, go here.

However, any good cinnamon roll dough or brioche dough would be great. And I've never met a bad caramel sauce, so have fun and enjoy.