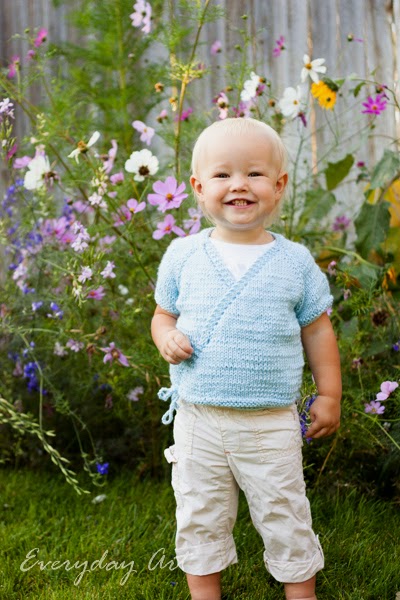 Yeah, that cute baby is mine.
And yes, she really is as delightful as she looks.

And yes, I made that. yay!
I have been knitting for a long time now and this is my first article of clothing (kind of, I made a smaller version for a friend about a month ago...same pattern though).
I was always satisfied with making hats and scarves and toys and things like that, but lately felt like it was time to venture out into the scary place of clothing. I picked an easy thing to start with--just a basic kimono (which, honestly, I think is less forgiving that something with some cables in it) and also chose a seamless  pattern so I wouldn't have to worry about much besides making it fit.
Which it does, so phew.
Thanks to Jack for the pattern. 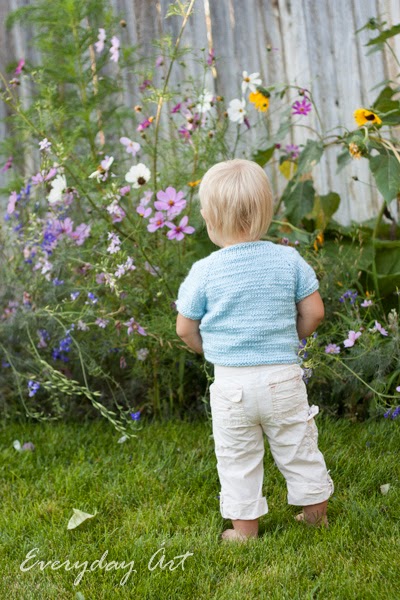 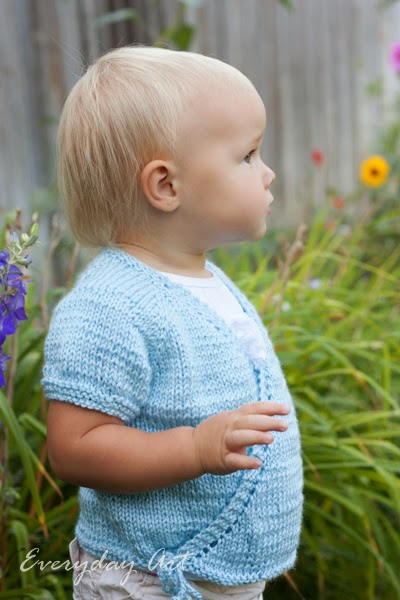 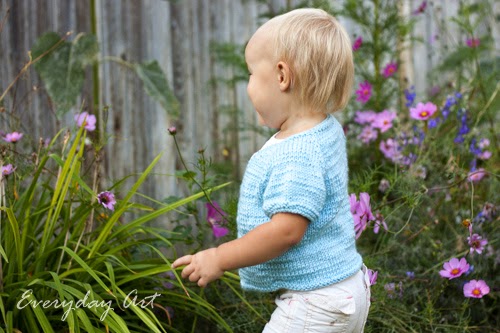 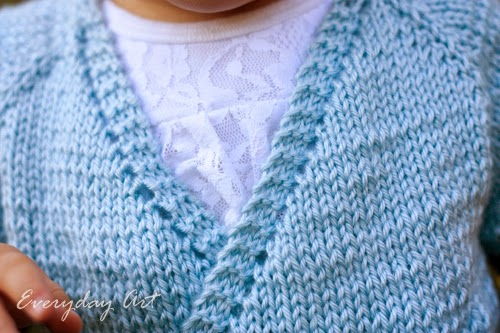 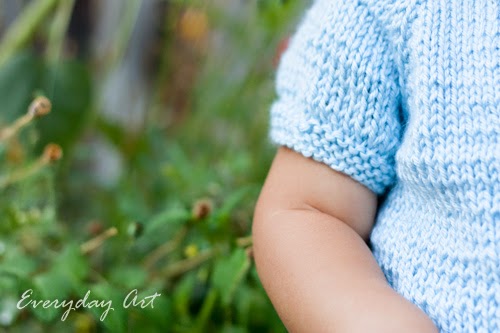 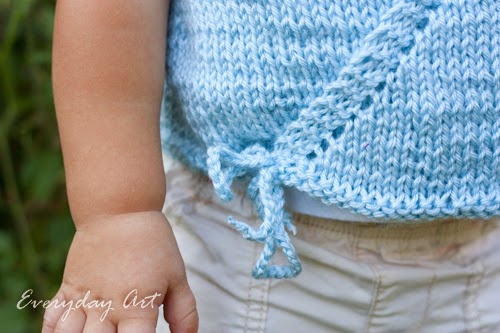 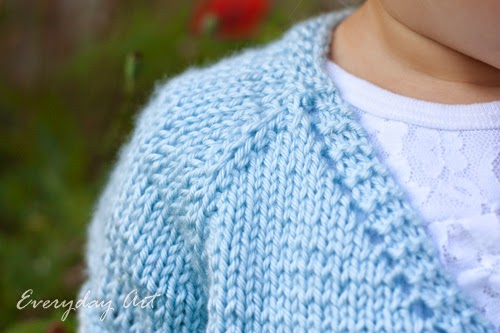 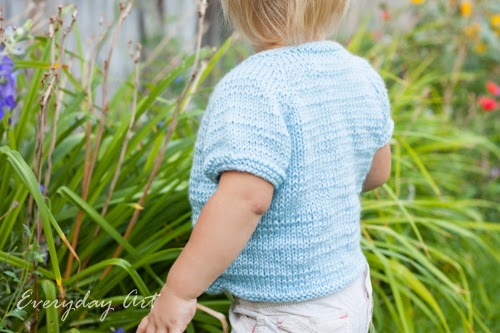 To be honest, this sweet little girl doesn't actually like it! What the heck? I convinced her to put it on with a promise to take pictures (which she likes at the moment) and a promise of going outside to look at the flowers. But, it didn't last much longer than this until she was done with it and wanted it off. I'd say she doesn't like the way it feels, but she was protesting just looking at it. Doesn't like baby blue? Doesn't like knit? who knows.

Either way I like it, and I am glad that I made it.